Origin of gummed paper tape and a visual tour 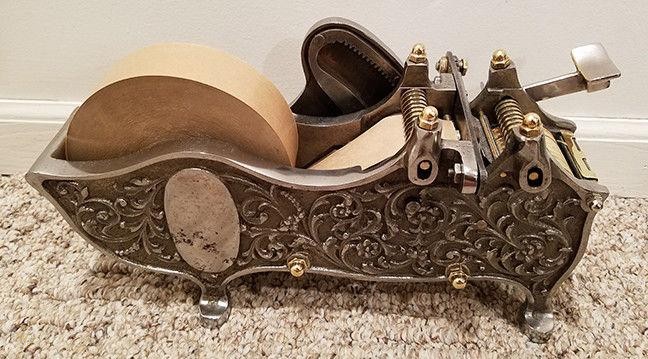 Paper and natural adhesive -based on potato starch-: the two components of today’s gummed paper historical trajectory is well known within human history. It is not difficult to keep track of him to this day.

On one side, the origin of paper dates back to China in the second century BC, and its first use was already to wrap precious objects, although almost inmediately it was also used to write on it. Over the centuries it spread through Central Asia, Asia Minor and North Africa, until it reached Europe through the south and the Eastern coast of the Iberian Peninsula, in the 11th and 12th centuries with the foundation of workshops in Córdoba and Xátiva. It continues its expansion to France and Germany and, through trade routes, to England at the end of the 15th century, and in the 16th to America and the whole world.

Regarding the first adhesives, it is known that the Neanderthals already used saps, resins and gums from different trees more than 50.000 years ago. In cave pantings such as Altamira or Lascaux, humans have already mixed pigments with natural glues and this is precisely the reason why those paintings have reached until today. Post of more than 4.000 years have been found repaired with these substances. Before 3.000 BC, the Egyptians used various kinds of glues for inlays, floors and walls. There are recipes with more than 2.000 years for the preparation of fishtail; Greeks and Romans used egg whites, blood, bones, skin or tars and beeswax as adhesives. But it was not until the Industrial Revolution, specifically in Great Britain, in 1750, that the first patent for a glue appeared and, at that time, the first factory dedicated exclusively to the production of adhesives was opened in Holland.

At this point it is not easy to know who, when and why it occurred to him to join paper and natural rubber with the multiple uses that we know today.

Edison and the gummed paper tape

We know that as early as 1845, dr. Horace Day, for sanitary purposes, used strip of cloth with adhesive impregnated that, improved over the years, gave rise to our current band-aid. However, there are no concrete data on the origins as an invention of water activated tape. The legend in the sector says that Thomas Alva Edison himself was the first to glue a strip of paper to seal. Searching through the 2.332 patents of Edison, we find the chemical paper for telegraphic use and the waxed paper for candies. Edison undertook the analysis of more than 17.000 plant species in search of possibilities for the product of synthetic rubber. But if, indeed, the ‘Menlo Park wizard’ was the ‘father’ of today’s gummed paper tape, it is something that cannot be proven, since the patent was not registered.

Looking a little more, we find that the Lumière brothers used strips of gummed paper tape to seal their autochrome plate for color photography. This is stated in his patent, of 1903, which followed in time to that of Edison’s kinetoscope, of 1897. This leads us to suppose that the water activated tape already existed, perhaps with current uses.

Mysterously, and following another clue, we found a story on page 29 of the New York Times of January 17, 1957 with the headline: ‘J. Donald M’Laurin dies; invented gummed paper tape for sealing packages.’ And in the Patent Registration List of the Official Gazzete of the United Stated Patent Office, Volume 592, the McLaurin-Jones Co. had renewed the patent for the gummed paper tape on December 7, 1946…

A visual tour through the history of gummed paper 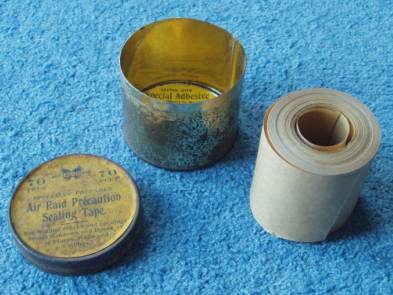 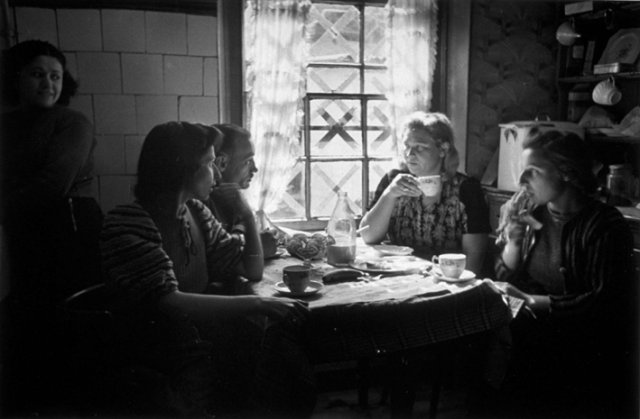 Parisian shop windows were vying for the more artistic use of gummed paper tape, which they called ‘anti-bombing tape'.

A small visual tour before the plastic’s age, to know what gummed paper tape was like during the last century, and how it has always been used to make mark… A ‘vintage’ gummed paper, which transports us to other times. 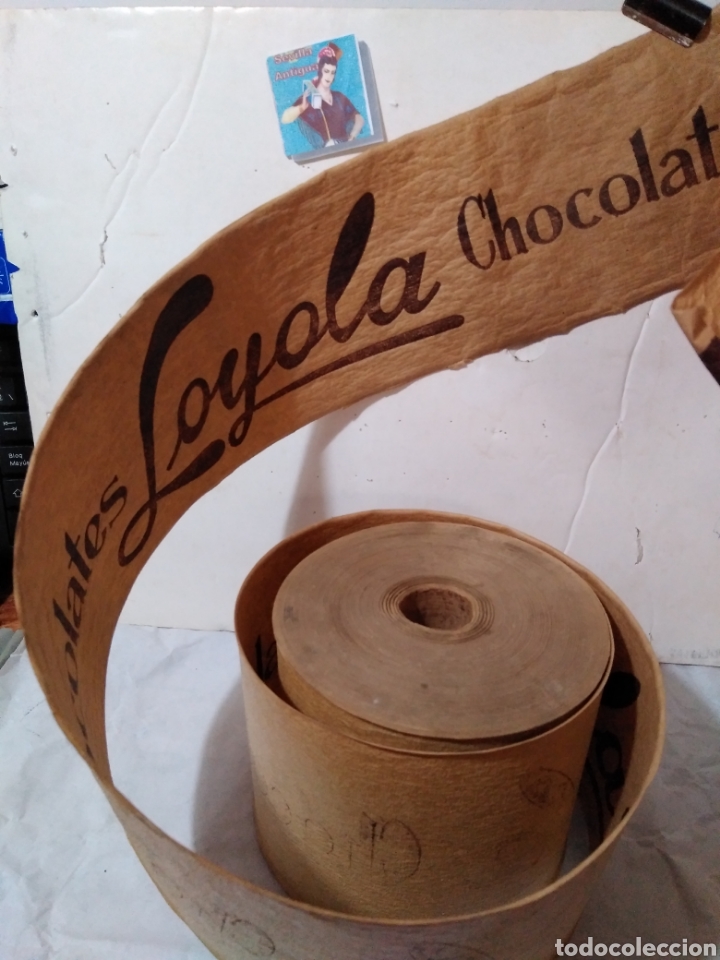 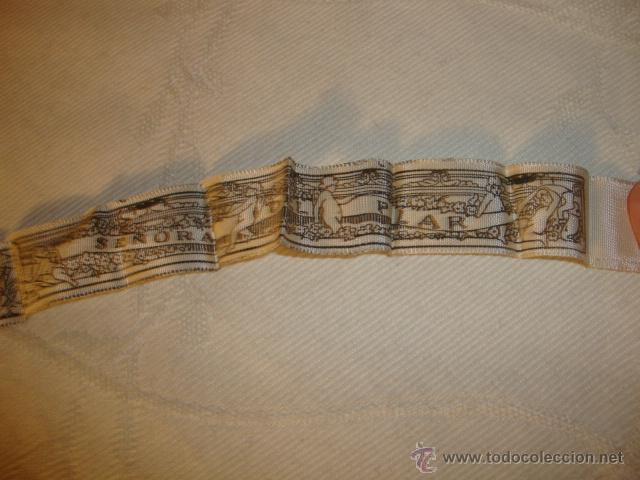 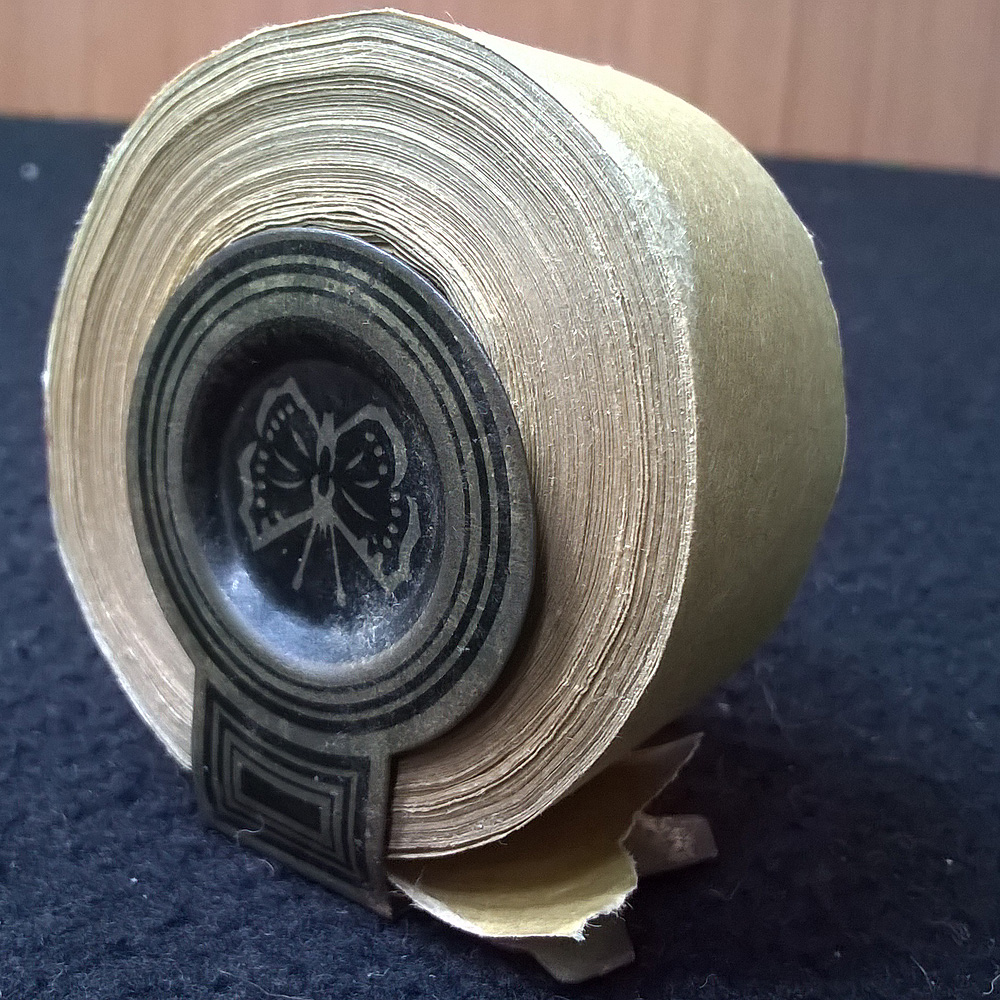 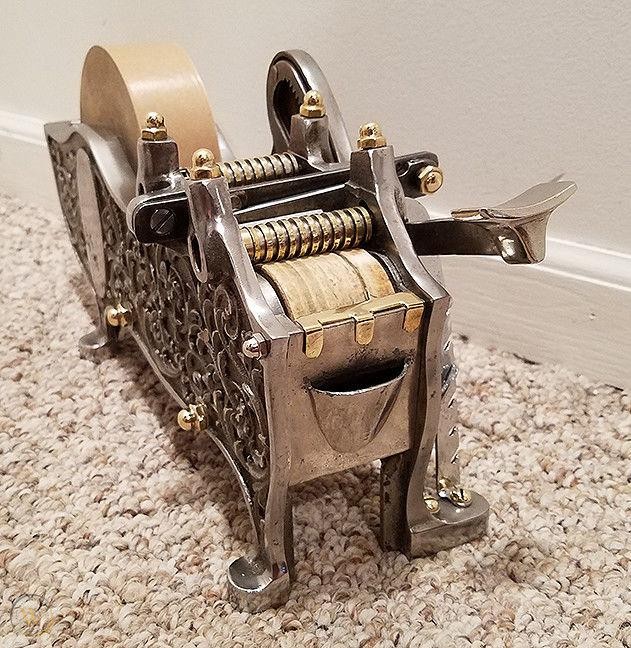 And dispensers patented by Engomadora La Madrileña, and IBERGUM in the early years of the 1970s and 1980s. 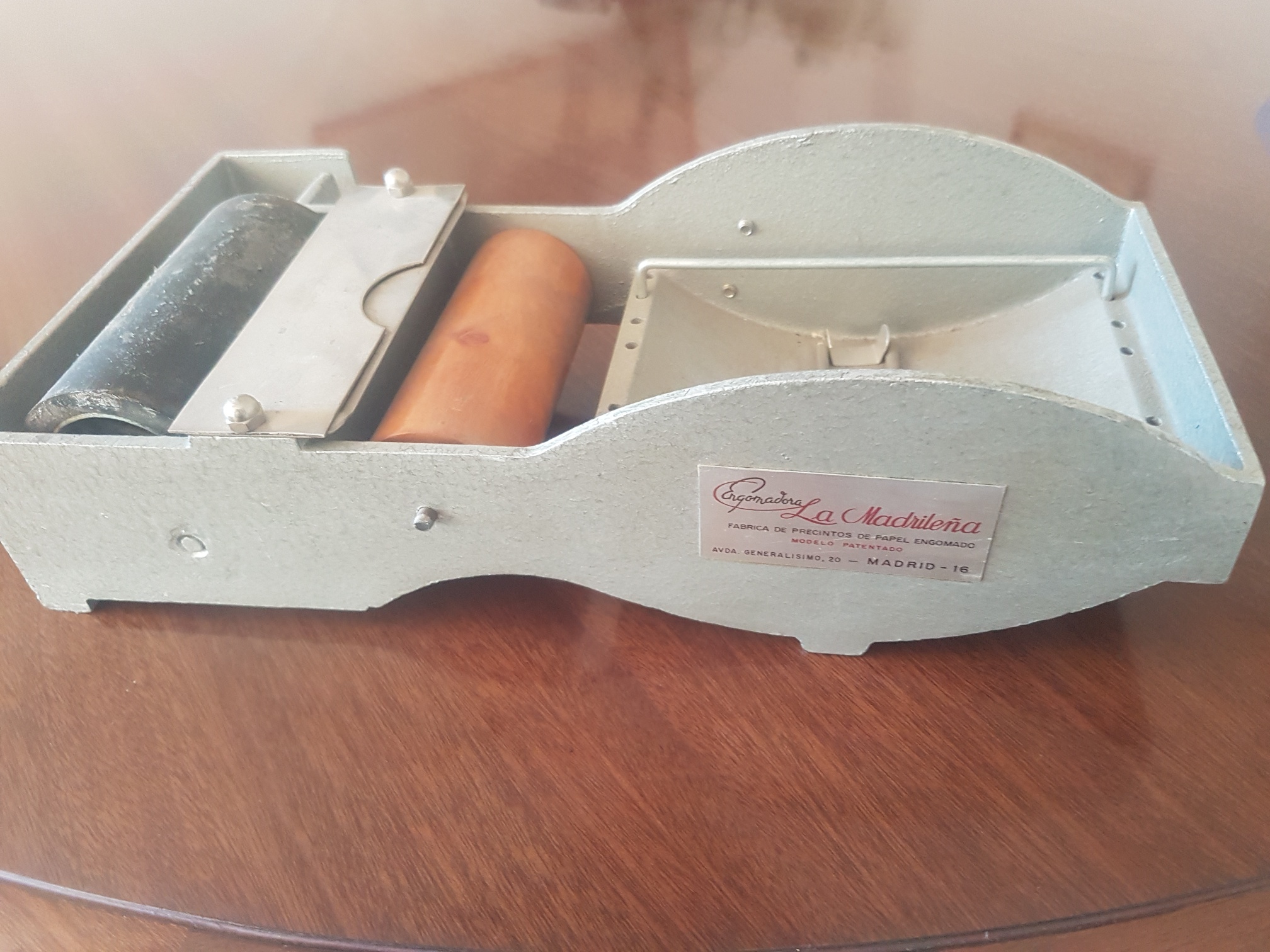