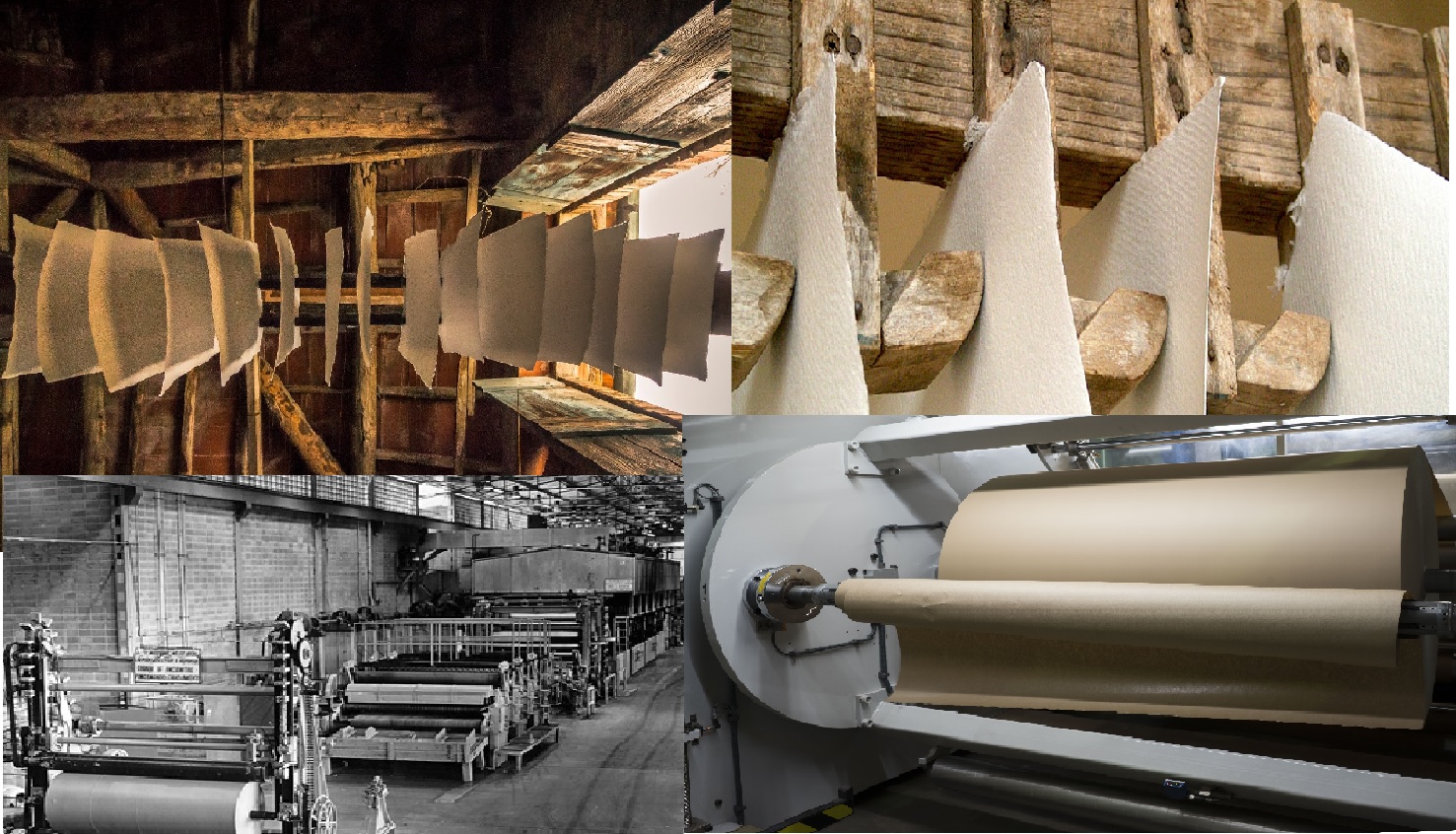 Strict requirements are observed in paper manufacturing, articulated for years through the FSC, PEFC sustainability seals. The plantations from which the raw material for the paper production process is extracted are certified to guarantee that the forests are managed in a responsible and sustainable manner.

With the aim of reducing the water, energy and emissions associated with the production process of paper manufacturing, the industry is exploring options in manufacturing technologies and alternative fibers.

Other processes in producing paper

In 2014, the Two Team* project launched an initiative in which two European teams, made up of 34 highly qualified technicians and scientists, set themselves the goal of reducing water, energy, and emissions in the paper production process. The result gave rise to eight innovate technological concepts that, since then, have been applied to the manufacture of paper, through various consortia formed around said technologies.

Among these stand out:

Plants, when they run out of water, can produce their own liquid at room temperature; said liquid, called DES o Deep Eutectic Solvent, naturally bio-renewable, has the property of dissolving lignin at room temperature without additional energy. Using this technology, it is possible to dissolve any type of biomass in lignin, celluloses, and hemicellulose with minimal use of energy, emissions an waste. The process is also perfect for dissolving fibers and inks in recycled paper.

It is a hydrodynamic phenomenon that consist of the principle that, at high speeds of a submerged object, the surrounding fluid decreases its pressure drastically, reaching the liquid to evaporate and turning it into gas. Thus, the object moves in a gaseous medium, decreasing friction. It is a natural phenomenon that can be seen in penguins, for example, in the little bubbles they release from their feathers and form a film around themselves as they swim. Applying this principle to the manufacture of paper, the treated and protected fibers are suspended in a viscous solution that, once pressed, results in the final product, that is, paper produced without using water.

Other materials in paper production

But paper has not always been obtained from wood. And keeping this in mind, the industry also explores materials and looks back to its origins to find alternative fiber sources, as papyrus itself and bamboo or parchment were already used in the history of paper as a base of writing since ancient times. Indeed, lignocellulose is the main structural component of plants and is, by far, the most abundant type of terrestrial biomass.

Some of these materials are familiar to us, but there are others truly unexpected.

Fibers from used fabrics, especially cotton, since the beginning of paper, have had a second life in combination with other fibers and give rise to a particularly resistant, long-lasting paper that can be used in documents that must be preserved in time or in legal tender bills.

Bamboo, different types of cane and hemp were already used for writing and papermaking since its inception, in China, around 2000 years ago and were use until the 19th century. New processes allow obtaining highly resistant cellulose fiber from sugar cane and its residues, from kenaf or jute from Java, from the malvaceous family; esparto, sisal, sorghum, jute or flax are interesting and abundant alternatives for the production of cellulosic pulp.

Some agro-industrial by-products, such as walnut shells, hazelnuts, almonds, skins and seeds of grapes, cherries or olives, citrus skins, and other fruit such as bananas, cereal straw, sunflower stems, vine shoots, pruning remains, and other agricultural residues that are not used in biomass, are a source of fibers that are already used to make paper.

On the beaches, the leave large amounts of algae that have to be remove and that new research coverts into quality paper with the same uses as conventional paper. In certain cases, this technology has contributed to the solution of situations in which the abundance of algae endangers ecosystems, such as in the Venice Lagoon or the Mar Menor.

The feces of herbivores such as cows, donkeys, horses…etc., contain many fibers from plants and fruits that are part of the diet of these animals. Through cleaning and filtering processes, there are already companies that help solve faces management problems in livestock farms, manufacturing and commercializing high quality paper. And, of course, odorless…

Stone paper, made from minerals and whose main component is calcium carbonate, mixed with a small proportion of resin, is, among other things, waterproof and durable.

From the waste of the leather manufacturing and confection process, some companies manufacture a paper that is used for quality printing and luxury packaging, recyclable and compostable, reminiscent of parchment.

The future of paper is guaranteed, both in its processes and in its materials, through the numerous alternatives for its manufacture in the entire wide range of highly demanded products that have always responded to our needs.